Monday, I ran a few errands during my lunch hour. One of them was to purchase some adult beverages for upcoming events, cornhole tournament and camping. Having some canned and bottled products in the cargo section of my car and not wanting them to explode in a hot car, I kept my windows cracked roughly 2.5 inches all around.

I went into my office building and had just heated up my lunch and sat down when one of my coworkers said that she could see my car alarm was going off and there had just been a white Jeep next to it so I had better go check that they had not hit my car or something.
I went out and as I walked up to my car, I tried the back door to make sure all was still locked. The back door was locked, but when I got to the driver’s door, it opened and the alarm sounded off again. I hit the button to make it stop and realized that the bag I had purchased a few cards and items on one of my errands was in the driver’s seat and not the passenger seat where I had left it. I then realized that my purse that had also been left in the passenger seat was missing as was one of my gloves and my Itouch that I carry around to store and listen to my audiobooks.

Incredulous, I returned into the building and let everyone  know that my purse had just been stolen. The crazy thing is that we are a corner office with twenty foot windows on each side. The guys on either side of me that also share spots directly at the windows facing south quickly said what model the Jeep was, that the bumper was missing and one had a basic description of the driver as they had driven past after taking off. I called 911 and provided the 911 operator with the information, direction headed and basic description we had. They said officers were responding to another call, but they would come by for a statement soon.

I logged into the company for the credit card that is used most in my wallet. They had a chat feature, so I let the chat person know my CC had been just stolen and to put a hold on my account.  I either got a robot for the chat person or someone who wasn’t thinking, as they asked for my full account number.  Well, I might have that if I HAD MY CREDIT CARD! I was also calling another company while on the first chat and this rep was far superior and cancelled the two cards I have with them since I wasn’t sure if both were in the wallet or not.

The police showed up and took statements from everyone in the office who had seen anything, asked me what was in my purse and wallet.  Was my wallet cloth, leather or pleather he asked. “It’s brown”, I say. Seriously, at the time, I suddenly can’t even tell you what the wallet is made of.  Oh, the contents of the purse? I can tell you the wallet was at the top, but beyond that layer, it’s a guessing game.  I do remember that I had thankfully taken both checking books out and left those at home recently to make sure bills were getting recorded.  The contents of the wallet? Again, I can tell you the top three credit cards that are in the front, but are others stuck in the further slots, the secondary slots, the cash compartment? He creates a case for the report and said it is currently going into the trespassing category, but hands me the identity theft flyer in case it escalates to that. 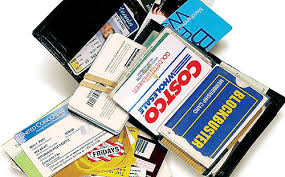 I remember the Discover that I don’t use, but keep to give the kids when they need a card for something I want them to get for me. I call to cancel and they ask if I had eaten at a fast food today. I have not, but I ask if it is on the hubby’s card.  Well yes, there is lunch on his card, but there is also a charge at the Chick Fil A on my card.  I let them know I did not go there and they stop the card and credit the fraud charge and like everyone else, will close out and send a new set of cards.

I decide at this time that I should let the husband know what has happened and that he now has no credit cards to use either as we are both on all accounts and they don’t just close half of the account.

I start asking my closest coworker what is in his wallet in hoped that it sparks some memories of what might be in mine that is now getting rifled through. He reminds me of the store cards such as Kohls, Home Depot, Victoria Secrets, etc..  More calls to make.  I let him know I don’t have to worry about the Victoria Secrets one as it has been maxed and nothing nothing else could be charged on it.  We both know better.

I remember that the boys and my credit union account numbers are on a card in there and phone them for what to do.  They said with a police report, they will renumber our accounts for free.  I spent my lunch and then some getting that done yesterday.

I went to Chick Fil A after work and they pulled up the receipt (he actually tried using two cards) and let me know he went through the drive thru and that is where the cameras are, so there may be footage, but the owner is the only one with access.

I saw a homeless gentleman sitting up against one of the buildings facing the drive thru, so I stopped and asked if he had been there long.  Time doesn’t mean too much to him he tells me, but he wasn’t here that many hours ago.  I had hoped that the perpetrator had maybe dumped the rest of the purse in a trash can in view or something. I had $6 in one of my pockets, so I hand it to him, give him a squeeze on the shoulder and thank him for speaking with me.  It could be me, but he seemed more thankful for the warm touch than the few dollars.  It was a nice reminder to me that I had been robbed of a few possessions, but not of home or friends and family.

Got a message on the way home from Fraud Detection for the medical savings account spending card.  Geeze, I thought that one was in Ted’s wallet, not mine. Turns out he had used at a Grocery in Aurora for $1.68 and $20.00 (candy and cash back?) He then also tried at a wireless store next to the grocery.

I called the wireless hoping that he had traded in my Itouch for a shit phone or something, but they do not take trade ins.  I then said that my card may have been fraudulently tried there yesterday.  She asked if I was Sally?  She gave me another description of the young man and said when she questioned him, he said I was his mother.  Well, I’ll give him a good smack as a mother if I ever see him.

The case has been moved to a Identity Theft status.  The owner of Chick Fil A had one of his managers call me that he will look at the video, but cannot show me anything without a warrant.  I just asked if they would let me know if it was worth one.  Will be interesting if they do respond again.

I wrote up my latest activity and findings with names, addresses and numbers for the police and sent it off to the officer.

It’s a little weird having to purchase gas with cash. I can’t remember the last time I did that – well, besides yesterday.

There is one item that saddens me most about being possibly gone forever. It was one of the smallest items in the entire purse.  I’ll let you guess and I’ll write that story soon.

In the meantime. Go take an inventory of what is in your purse or wallet. You may never need it, but it will be ever so important if you do need it.

4 thoughts on “Not laughing so hard today”